While in camp, the contestants have been involved in series of Mr World challenge events;

The Sports Challenge is a test of skill, discipline and athleticism and to find out who would be selected to represent their team, each contestant took part in a knockout beep test. This running test is used to estimate an athlete’s aerobic capacity. In the test, the contestants had to run from one line to another before a timed beep. Contestants who didn’t cross the line before the beep were excluded until there were just six candidates left from each team. With the teams decided, they were put through their paces in a series of Swimming, Basketball and Shuttle Run challenges.

From the Yellow team the Netherlands, Mauritius, Luxembourg, Peru, Paraguay and Kenya to level 11 with Malta and Nigeria in reserve.

After a number of gruelling challenges that really tested the strength, endurance and mental ability of the contestants, the winner of Mr World 2019 Sports Challenge was South Africa. Fezile Mkhize, who works as a doctor now gets a fast track through to the grand final and a guaranteed place in the top 12  on Friday 23 August at the Smart Araneta Coliseum. 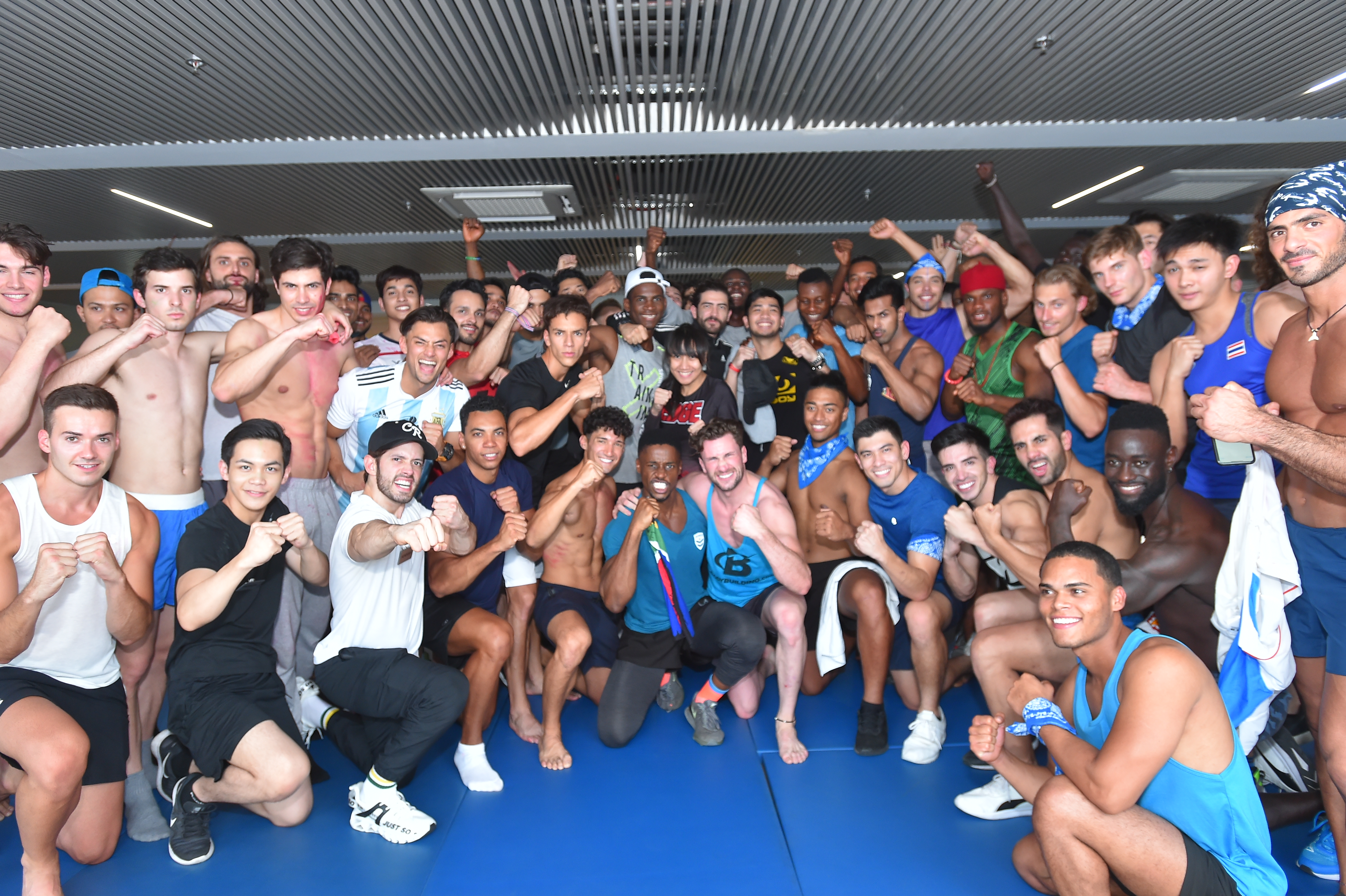 The Extreme Challenge is one of the Mr World fast track events.  This year the boys headed to the Special Action Force (SAF) commando training school in Santa Rosa, Laguna to face their toughest test of physical strength and endurance. The action kicked off with a briefing from the commandos of the elite unit of the Philippine National Police.

Then split into their respective teams – red, yellow, green and blue it was off to face the Slalom, Tyre Challenge and Sack Race against the clock.

Congratulations to Mr Ireland on winning the Extreme Challenge